What is Art Deco Furniture? 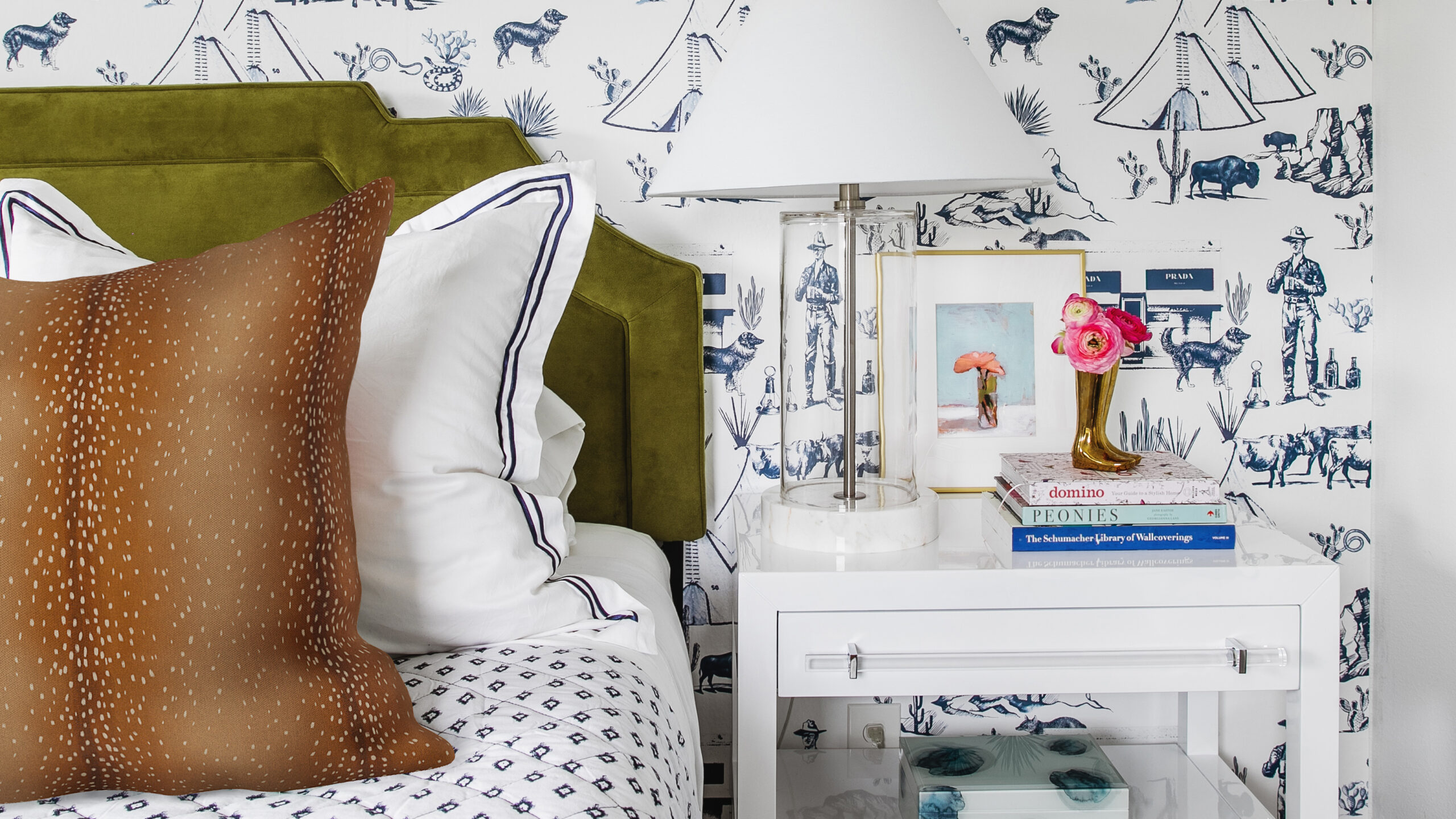 You may have noticed the craze for dramatic interiors decorated with furniture containing geometric patterns, naturalistic motifs and muted colors often in a chrome finish. These furnishings and interiors are constantly making an appearance on television, at the Oscars and in the latest design magazines. You might be wondering, what do I call this trend? How can my interior look like that? The answer is simple…the name for this design style is called Art Deco furniture. Art Deco is a decorative art form commonly applied to furniture, architecture, interior design and everyday household items. Incorporating Art Deco custom furniture into your interiors is a brilliant way of gracefully achieving the essence of luxury and glamour. Confusing Art Nouveau, Modernism and Bauhaus designs with Art Deco designs is pretty common. No need to worry — we’re here to outline Art Deco’s unique traits, guiding you though its iconic origins and demonstrating how to successfully distinguish art deco from similar styles.

Art Deco design is one-of-a-kind; it incorporates geometric shapes often resembling sleek futuristic forms. First, Art Deco furniture designs are often meticulously crafted using exotic woods, materials and lacquer. The craftsmanship technique involves inlays of exotic woods such as Macassar ebony, zebrawood and rosewood. Second, the piece is lacquered, often with Japanese lacquer to give off a dazzling gloss. When finalized, breathtaking geometric designs such as zigzags, animal forms, star, sunburst and floral patterns are formed. These eloquently crafted pieces will add visual performance and posh to any interior. Based on the designer’s vision, extra embellishments are often added, such as inlays of ivory and mother of pearl. This inlay was typically placed on a side table, sideboard, dining table or dressing table. Another eye-catching quality of the design style is the addition of shagreen such as snake, shark or zebra skin on furniture, seating and common household items. When it comes to Art Deco seating, standard elements include fur, animal hide, serpent skin upholstery, chrome or yellow zinc-plated stainless steel, veneered or lacquered wood and geometric curves. Types of seating include lounge chairs, dining room chairs and arm chairs. A legendary example is the French Club chair; this chair is upholstered, has a stainless-steel base and substitutes basic arm rests for either aerodynamic or flat curves. Many accent pieces such as clocks, radios and other common household are also manufactured in Art Deco design. The main characteristics to look out for in these Art Deco pieces are Bakelite, semi-circles, smooth lines and muted color pallets consisting of red, green, orange, yellow, white and black tints. A fun fact about Bakelite: it’s the world’s first synthetic plastic, developed by Leo Hendrik Arthur Beakeland in Yonkers, New York. The obsession for Bakelite started because of its rigidity, heat and electrical resistance. It is important to keep in mind (in case you’re on the lookout for an authentic antique piece) that true Bakelite is sturdy and durable with a glossy, scratch-resistant surface. 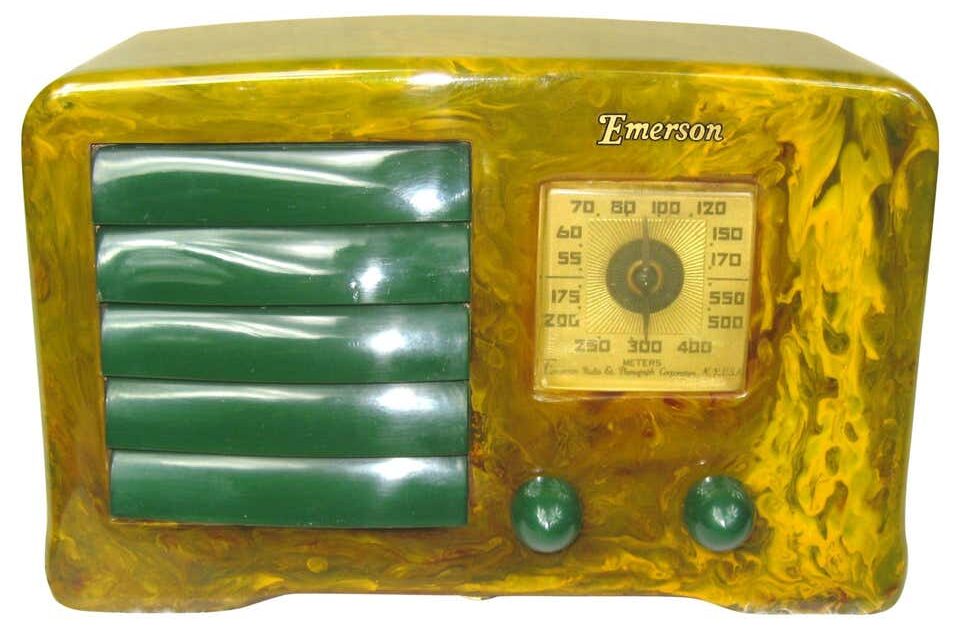 Art Deco (or streamline moderne, as it’s often referred to), was originally named Art Décoratifs. The design style received its “Art Deco” name after the Exposition Internationale des Arts Décoratifs et Industriels Modernes, hosted in Paris in 1925. The Art Deco period peaked in popularity around the mid 20th century, then spread across Europe and the Unites States up to the start of World War II. Unveiling the layers of Art Deco’s origin and success, the design style arose in France right before the first World War as a result of Art Nuevo’s commercial failure. The Société des Artistes Décorateurs, founded in Paris in 1900, was an association of professional French designers that created Art Deco by experimenting with novel forms of design and construction. As a clever way to promote French design — as French manufacturers felt threatened by emerging manufactures — the French government sponsored the association’s Internationale des Arts Décoratifs et Industriels Modernes. However, with WWI in full swing, the effort was postponed from 1915 until 1925. That decision ultimately allowed designers to reflect on the war and the rise of industrialization. As a response, the designs referenced nature and liberation, deriving inspiration from African, East Asian and Egyptian patterns and materials. Once the 1925 Exposition was realized, it was a hit! Many French furniture and interior designers became overnight successes, such as Emile-Jacques Ruhlmann, Le Corbusier and Elieen Gray. Designers from across the globe were also influenced by the novel Art Deco style and created their own adaptations. Paul Theodore Frankl is an example of an Austrian-American designer creating a uniquely Americanized version of Art Deco.

Ruglmann was one of the most influential French-born furniture designers during the Art Deco period. Ruhlman’s design staple was the use of materials from Africa and Brazil such as shark skin shagreen, rosewood, amboyna burl and Macassar ebony with ivory inlays. Ruhlman’s furniture consisted of simple geometric shapes, juxtaposing light and dark woods, embellishments and a lacquered finish. Ruhlman’s cabinets and other furniture were exhibited at the 1925 Exposition, and his works were considered a noteworthy achievement in French art deco design. 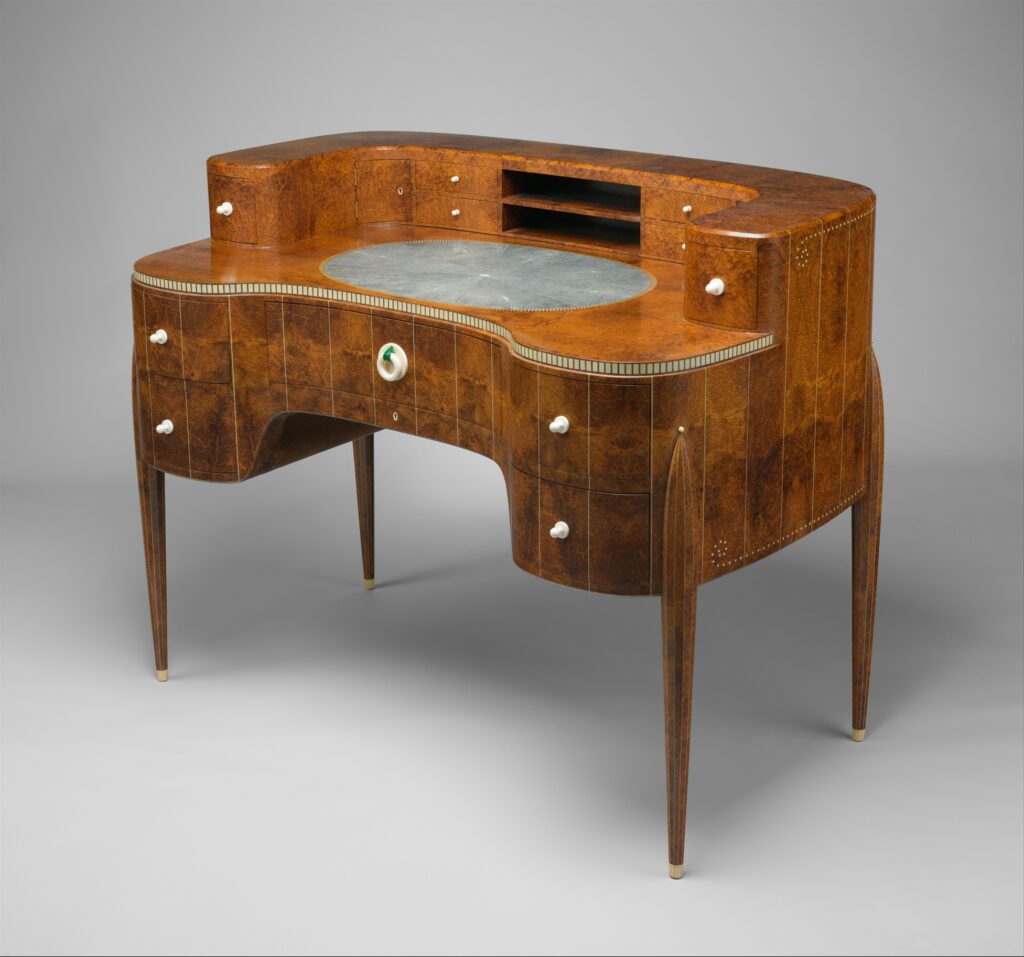 Recognized for her timeless designs and as a central female architect and furniture designer of the 20th century, Gray brought a fresh perspective to Art Deco. Gray’s furniture was exhibited at the Salon des Artistes Décorateurs in 1913, in her E. 1027 construction and again with Le Corbusier’s in his Esprit Nouveau pavilion at the 1925 Exposition. This display of innovative and novel designs granted her recognition as a revolutionary designer of Art Deco furniture. Gray incorporated the Japanese lacquer technique she learned from Seizo Sugawara, a Japanese sculptor and lacquer specialist, as well as Egyptian and East Asian patterns. Gray would also incorporate human figures and natural forms such as floral and animal motifs as displayed in her “Dragons” armchair. Gray is the perfect example of a designer who help transition Art Deco in Modernism after the second World War. Gray increased her use of tubular stainless steel, incorporated minimalistic concepts and worked with a monochrome color palate while maintaining her inclusion of geometric shapes.

Eileen Gray’s “Dragons” armchair, the sale of which established a new record for a piece of 20th century decorative art | Photo credit: Christie’s

Le Corbusier’s legacy is as one of Modernism’s most innovative architects and designers. Despite Le Corbusier’s label as a Modernist, he began his journey towards Modernism during the Art Deco period. Le Corbusier displayed his minimalistic Art Deco Interior “Nouveau pavilion l’Esprit” at the 1925 Exposition where he included unornamented, open spaces with a minimalistic version of the iconic Art Deco sideboard. Le Corbusier focused on form and function over aesthetics, which revolutionized Art Deco and transitioned the exiting style into modernism. Le Corbusier’s work steered towards unadorned streamlined forms on a monochromatic color palate and the use of open spaces with minimal furnishings — a key difference between Art Deco (Art Moderne) and Modernism. 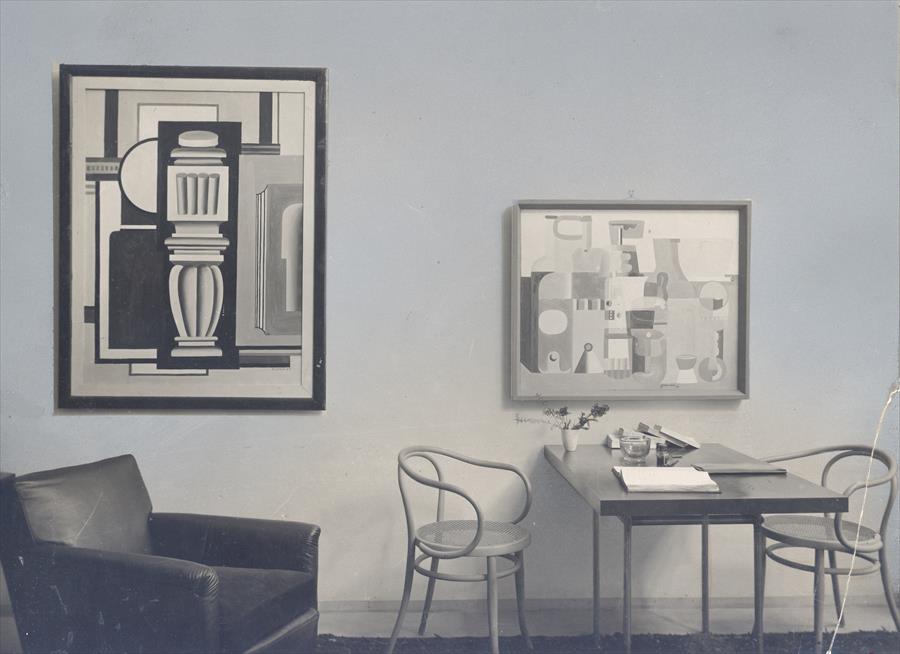 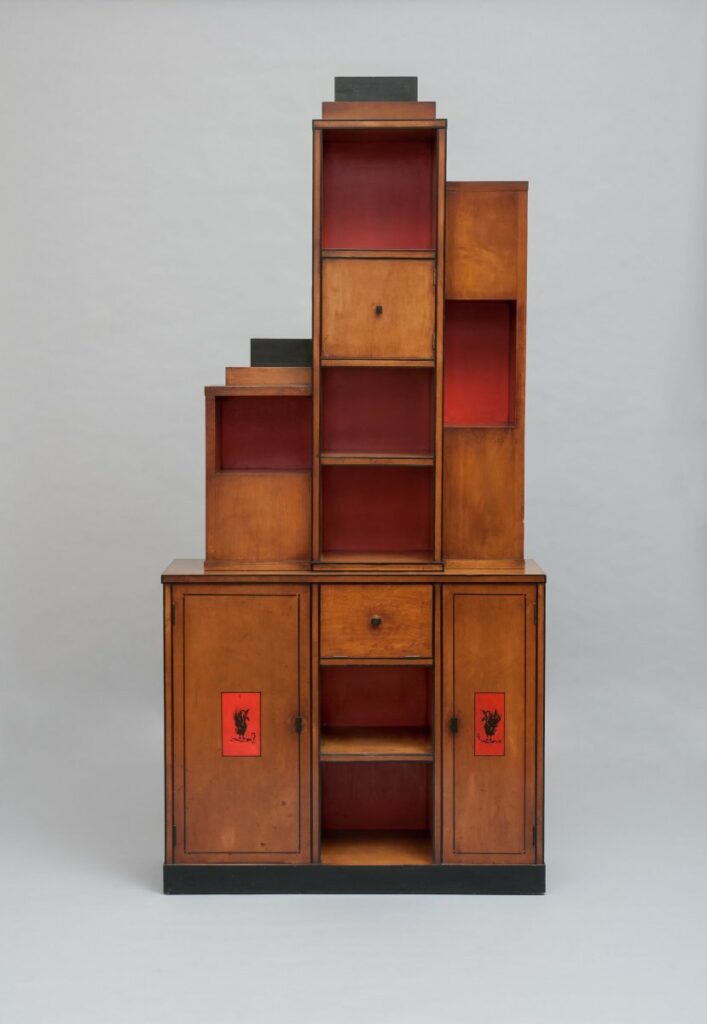 Art Deco is consistently reemerging in contemporary culture. The style can be spotted in architecture, interior décor and in common household items. Notable examples include the Chrysler building and Nick Carraway’s living room in the 2013 film adaptation of The Great Gatsby. With an abundance of design styles present, key ways to identify art deco is observing its structure, color and patterns. As a start, keep an eye out for these distinguishing features: Whether you’re looking for an original antique or a budget-friendly adaptation, Art Deco furniture is a chic way of bring retro, glamour and sophistication into your home. By: Ivana Maldonado