What is an Ottoman?

If you’ve ever been confused about the difference between an ottoman, a footstool, and a pouf, you’re not alone. It seems like these words are used interchangeably, but are they, really?

The answer to that is…kind of.

Hang on, we’re here to break it down for you.

The Origin of the Ottoman

Ottomans came about in the 18th century in Turkey, which was ruled by the Ottoman Empire. Hence the name. Back then, an ottoman looked very different than what we use today. It was a low piece of upholstered furniture with no arms that was piled with cushions. Envision a cross between a floor mat and an armless sofa and you’ll get the idea. These often lined three walls in the main room where families would gather to provide plenty of comfortable seating. 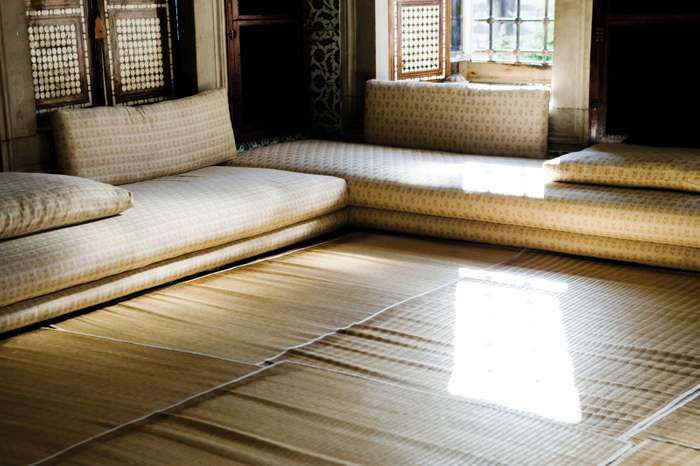 As time went on, ottomans evolved to become smaller and freestanding, most often used as extra seating scattered around a room. In upholstery lingo, they are usually described as “overstuffed,” meaning that no wood other than the legs is visible.

Ok, So What’s a Footstool?

Great question. A footstool is technically any piece of furniture on which you can rest your feet. Footstools were popularized by the Ancient Egyptians, who believed that one’s soul rested on a footstool. Made of wood with carvings telling a family’s story, these small pieces of furniture were used for everything from children’s seating to fireside perches and were passed from generation to generation as heirlooms. Footstools even got their own shout-out in the Bible as a metaphor for the enemies that one should rise above. 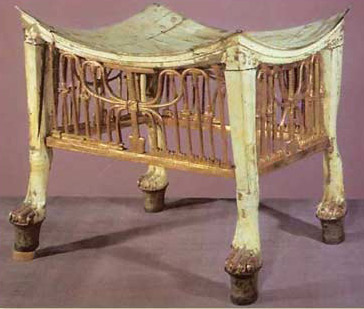 Meanwhile, upholstered ottomans grew smaller and nimbler as the centuries ticked by, naturally evolving into a comfy place to rest one’s tired feet. Thus, by the twentieth century, the words “ottoman” and “footstool” came to be used interchangeably. One common distinction between the two today is that ottomans may be designed as a matching counterpart to an existing chair or sofa, where as a footstool always an independently designed piece.

But Wait, Then What’s a Pouf?

When the ever-useful ottoman made its way to Europe sometime during the eighteenth century, France put its own spin on it with the delightfully-named “pouf.” If you call to mind the high, frothy confection that Marie Antoinette popularized as a hairstyle during her fashionable reign, called a “pouffe,” you’ll have a good idea where bubble-shaped poufs got their name. 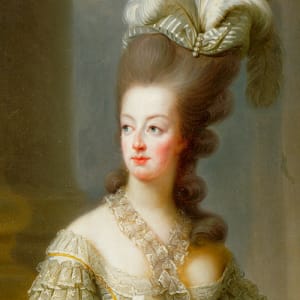 Like ottomans, poufs are often used as extra seating or as foot stools, though generally more diminutive in scale which makes them a popular choice for smaller rooms.

The easiest way to explain the relationship between ottomans and poufs is this: all poufs are ottomans, but not all ottomans are poufs. “Ottoman” is basically the catchall term for all these varieties of upholstered, backless pieces of small furniture that take different shapes and forms. Make sense?

While we’re on the subject of ottoman varieties, don’t forget the x-bench. Based on the Ancient Egyptian folding stool (and then later military folding stools favored by Napoleon), the x-bench is a personal favorite of ours. They look particularly chic in pairs, either along a wall or under a console table, to be pulled out when extra seating is needed. 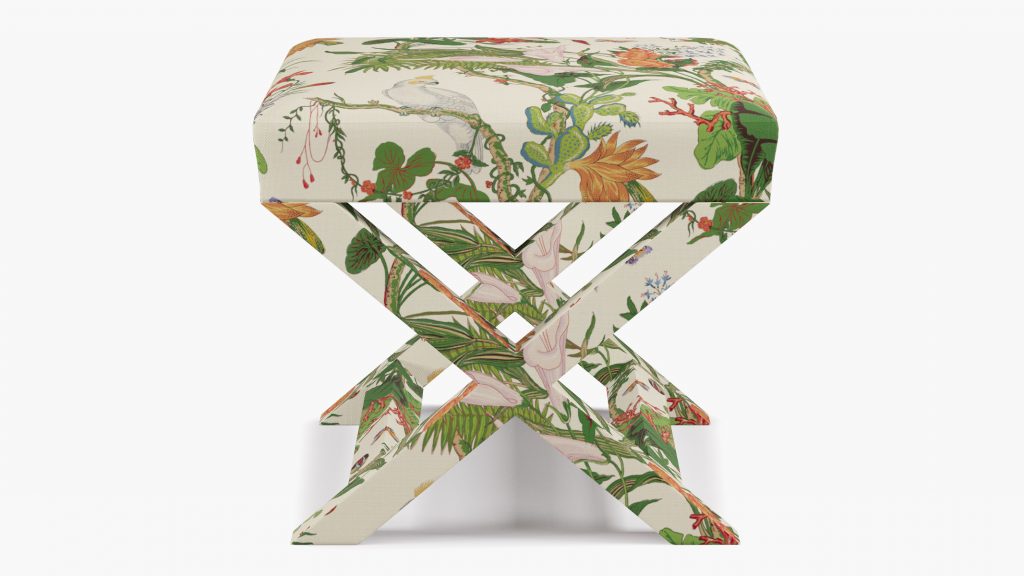 The Many Uses for Ottomans

We know that ottomans can serve as footrests and extra seating, but they can do so much more! Over the past decade or so, upholstered cocktail ottomans have become a popular choice for coffee tables in family rooms. Their cushioned tops provide a more comfortable footrest than a hard-edged table. Plus, by adding a large catchall tray on top, you still have a level surface for everyday items like snacks, drinks, and television remotes. Or you can style the tray with a stack of attractive coffee table books and fresh flowers, then just move the entire tray aside when you want to kick up your feet and relax. For high traffic rooms, leather is a good choice for coffee table ottomans, as it easier to wipe clean than fabric.

And let’s not forget storage! Cube storage ottomans are a stylish and easy way to hide away throw blankets, magazines, and anything else you like to keep in your family room but don’t want to leave strewn around. With small trays placed on top, these storage ottomans can also do triple duty as side tables.

Alternatively, a large storage ottoman is the ideal place to hide those extras that you never quite know what to do with, like photo albums, table linens you only use when you’re entertaining, or – for apartment dwellers who are short on closet space – even off-season clothing.

Ottomans can suit any taste, from tufted traditional to cheerfully casual. Whatever style or shape you choose, ottomans are an easy and economical way to increase seating, storage and comfort in your living space.

Here are some of our favorites in each category:

By: Debra Goldstein, Staff Writer at The Inside