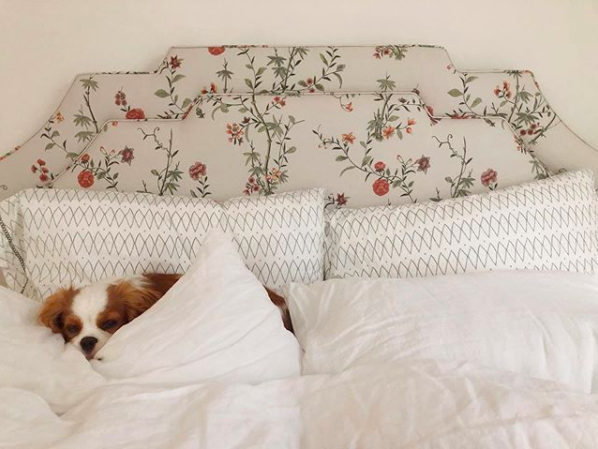 Spotting the difference between Art Deco and Modernism styles can be tricky. There’s a lot of overlap both in terms of timing and even designers and artists who moved from one style to the next as their personal design styles evolved over time. Fret not – by the end of this you’ll be an expert on the two, and even more importantly, can now have some fun incorporating these famous styles into your home.

What is Art Deco?

The term Art Deco as we know it today wasn’t coined until the 1960s, but the style dates back to the early 1900s where it took center stage in Paris, France at the Exposition Internationale des Arts Decoratifs et Industriels Modernes in 1925. Style Moderne, as it was originally called, was set to make its debut in 1914 but was delayed by the onset of World War I. The movement was a direct response to the Art Nouveau style of the late 1800s. With a new century approaching, many felt the current design, fine arts and decorative arts style was dated, old-fashioned and didn’t showcase the modern world.

Art Deco replaced Art Nouveau’s soft styles derived from nature with the repetitive use of linear and geometric shapes. Taking inspiration from a multitude of muses (ancient Egyptian art, modern transportation, designs of Bauhaus, a German art school, and even Cubism), this Art Deco design embraced modern materials, like stainless steel to create a sense of glamour, extravagance, and sophistication. By the 1930s, it had become a dazzling international style.

But how do you really know if something is Art Deco? The style is known for some key distinguishing features, making it easy to spot, even if you’re less familiar with the style. It uses geometric shapes and clean lines such as triangles, zigzags, and chevrons in repetition that today still look almost futuristic. Today’s spin on Art Deco creates a sense of glamorous nostalgia. Just take a look at one of London’s most instagrammed bars – Sketch.

At its conception, Art Deco furniture was a symbol of luxury. One of the most prominent furniture designers of the time perfectly embodied this aesthetic: Emile-Jaques Ruhlmann. If you aren’t familiar with Ruhlmann, you mainly need to know he used some of the most luxurious materials including exotic woods (such as ebony) often lacquered, ivory, and zebra skin in addition to intricate wood inlays to create his masterpieces. His exquisite designs led other well-known designers to push back against the extravagance, calling for simpler, more functional furniture. One of these designers and artists, Le Corbusier, felt any decoration was superfluous and preferred an ornament-free version of the Art Deco style.

Have you been to Miami’s South Beach or looked up at New York City’s skyscrapers such as the Chrysler Building or Empire State Building? These are prime examples of true Art Deco craftsmanship, which is characterized by hard-edged design with rich embellishments that’s accentuated by metal accents. If we think about some of the key shapes of this style, it’s no wonder so many of the buildings have a rectangular, almost blocky form and look. Today, this style can be captured perfectly in one very descriptive word: retro. Need another visual? Picture Hollywood in the mid-1920s.

While the Art Deco movement was born out of modernity, it doesn’t actually fall under the Modernism style. Modernism emerged in the United States around the time of the Great Depression in the 1930s and 1940s. It was a departure from the ornamentation and gaudy styles of the earlier decade. Instead of lavish and frivolous materials, Modernism embraced concrete, steel, and glass and was known for clean lines and open floor plans – much of what we still associate with modern design today. Modernism and Art Deco surely have their overlapping features – they were both prominent around the same time, and designers like Le Corbusier teetered the line between Art Deco and Modernism. However, Modernism is a streamlined version of Art Deco, where the emphasis is placed on form rather than ornament.

Like Art Deco, modernism touched many facets of the design world, including interior design, furniture and architecture. While it can be confusing to differentiate between the two, there are some key characteristics that can help you determine if something is truly modern.

Have you heard of Frank Loyd Wright? Maybe you’ve seen his work and not even realized he was the man behind these modern buildings. His work perfectly captures the functional design, use of geometric forms, flat roofs and open plan interiors that the style is so well-known for today. Made of new materials such as concrete and steel, the motto is “less is more.” Another famous name that’s worth noting is Donald Deskey. Like many of his contemporaries, he began his career in the 1920s but his style evolved from Art Deco to Art Moderne (also called Streamline Moderne) and was the man behind the famous interiors of Radio City Music Hall.

In contrast to a one-of-a-kind piece of furniture, Modernism furniture was designed for mass production. Even if it wasn’t, the goal was to make it look machine-made. Remember how we said Art Deco and Modernism styles can be hard to differentiate? Well to add to the confusion, Paul Frankl is another prime example of the intersection between the two. Like Le Corbusier, he got his start in Art Deco, but what he did was establish an American version of the style and created a collection of sparse-looking lacquered geometric furniture pieces dubbed “Skyscraper furniture.” The smooth and unadorned geometric shapes in this collection perfectly illustrate the departure from the glamour of Art Deco.

Art Deco’s luxe, geometric and sometimes pastel-colored decadence was the pinnacle of modernity at the turn of the 20th century. After the Great Depression, the style was too frivolous and replaced by a simpler modern style: Modernism. If you want to know what comes after Modernism, read up on Mid-Century Modern architecture and furniture.